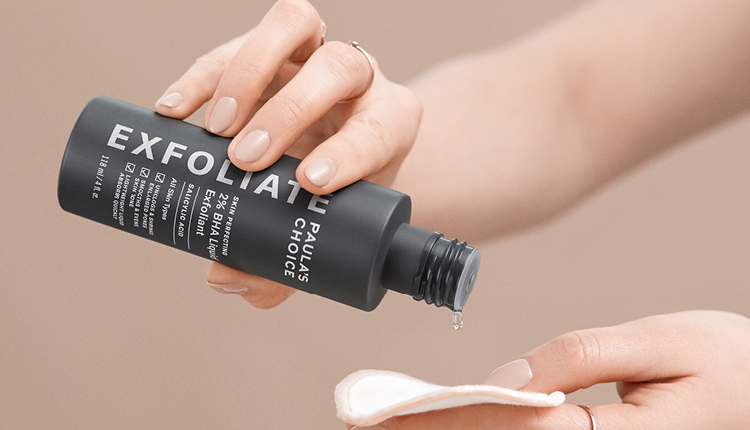 Skin purging is a phenomenon that some people with breakout-prone skin skin can experience after using a leave-on exfoliant or a particular new ingredient for the first time. The theory is that such products ‘purge’ skin from clogs stuck deep in the pore, pushing them quickly to the surface. Seemingly overnight, you see a fresh crop of breakout-like bumps across your skin, but eventually the purging tapers off and you get good results from the product.

The original version of this article was reviewed by Beth McLellan, MD, USA

Some view this as their skin getting worse before it gets better, but what’s really going on? Let’s explore everything you need to know about face purging.

Skin purging can be caused by using a chemical exfoliant, which loosens any dirt or grime in the pore and speeds up cell turnover, bringing the clog in the pore to the surface faster. A similar effect can happen with other treatments such as retinoids, which may cause purging due to the way they affect how skin cells move from the lower layers to the surface (1,2). 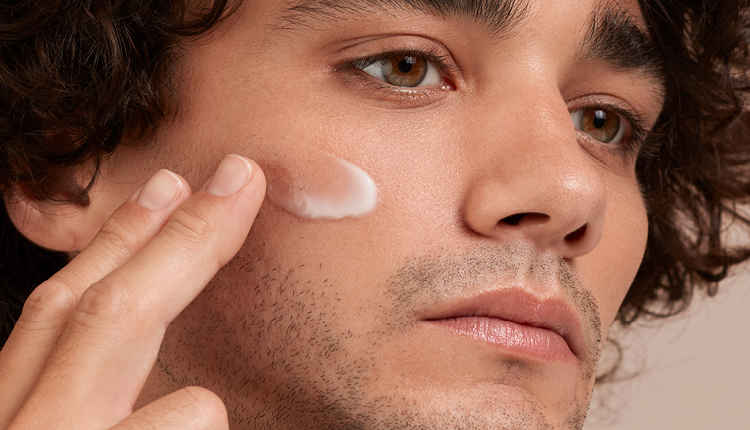 Does salicylic acid cause purging?

Salicylic acid (also known as BHA) is the chemical exfoliant most associated with skincare purging because it penetrates pores, breaking apart clumps of skin cells. It also thins the sebum build-up inside the pore to reduce the size of clogs deep in the skin. Salicylic acid also improves the shape of the pore lining, so any backed-up, smaller clogs can easily come to the surface, appearing as blackheads or white bumps.

Most of these clogs would eventually make their way to the surface as open comedones (blackheads) or closed comedones (whiteheads), both known as ‘non-inflammatory acne’. Left untreated, these can lead to more inflamed acne bumps, but using a product like a BHA exfoliant has the potential to speed up the process and remove the clogs that eventually lead to acne. With continued use,BHA steadily eliminates the clogged bumps and helps clear the skin; purging closed comedones (3).

Does benzoyl peroxide cause purging?

In most European countries, the acne treatment benzoyl peroxide is only available with a prescription. Although it is prescribed to treat acne, it contains active ingredients that increase cell turnover rate, which means it can cause your skin to purge when you first start using it.

But with benzoyl peroxide or salicyclic acid, bear in mind that what you see may not actually be acne purging. Sometimes you just happen to start a new product at the same time you would have been going through a new bout of breakouts. This is especially true for those who start using new products around the time of their menstrual cycle when breakouts are more common (4).

How to tell the difference between skin purging and breakouts?

Dr Beth McLellan recommends sticking with a product that is known to cause purging but not breakouts, such as a leave-on exfoliant that contains 1–2% salicylic acid. Over time, the blackheads and bumps should improve; if they don’t, you may need to add over-the-counter or prescription acne products to your daily routine (5).

How do you care for skin when purging

It’s a good time to step back to skincare basics, so go easy on yourself and your skin. Stick to a gentle skincare routine, be sure to moisturise, drink plenty of water to stay hydrated, eat healthily, manage stress levels and go makeup-free when you can.

Whatever you do, avoid squeezing spots or you may spread bacteria and further aggravate your skin, or even end up with scars. Finally, don’t forget to use sunscreen every day, particularly when using products like retinol or BHAs.

Skin purging whiteheads tend to look less angry than ones caused by breakouts. When purging your skin, you’ll typically see blackheads and small, flesh-coloured bumps rather than inflamed pustules, nodules or deeper cysts. But this is not an absolute rule. Overall, acne caused by skin purging often tends to appear and then disappear much faster than classic breakouts.

Does skin get worse before it gets better?

Skin purging doesn’t have to happen to everyone—the saying that “your skin has to get worse before it gets better” isn’t universally true. Why purging happens to some people and not others remains a mystery, just like how some people experience comedones but not the red, swollen pimples and papules characteristic of inflammatory acne.

If you experience purging the first time you use a leave-on exfoliant or a retinoid, it can be tempting to stop using the product immediately, but don’t. We encourage you to stick it out for a couple weeks to get through this phase. Otherwise, you’ll be losing out on all the wonderful benefits these formulations can provide.

More to the point, what you might see on skin’s surface likely would’ve shown up eventually, or simply would have remained deep in the pore, keeping it clogged and enlarged, possibly becoming cystic acne. It’s actually a good thing, despite the initial distress it causes.

How long does purging skin last?

It generally lasts around 4 weeks (an average skin cycle length) but it can last up to 8 weeks. If you’re still breaking out more than usual after this period of time, consider what else you're using in your routine, as it may not be purging. Your breakout may be worsening due to other factors like hormones, medications, or just as a natural progression. If your skin isn’t improving as much as you’d like, Dr McLellan recommends you seek help from a certified dermatologist to review your regime and possibly add prescription-strength medications.

That said, for some people it simply comes down to their skin not responding well to certain ingredients, which may result in an unwanted reaction to skincare products (known as ‘irritant contact dermatitis’). If your skin doesn’t seem to be getting through the adjustment period, you may need to stop using the product and seek out alternatives. See our article on stopping unwanted reactions to skincare products for more information.

References for this information:

Do you want more skincare advice, tips and exclusive offers?


* Only valid for new registrations. Valid on orders from € 25.

Do you need help? Get in touch with our skincare experts for free and personal skincare advice. It's our mission to help you achieve your skincare goals!

Chat with our skincare expert!

How can we help you today?